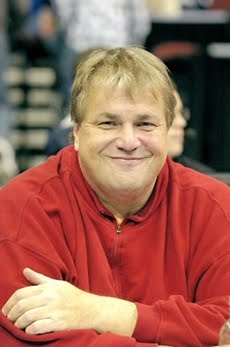 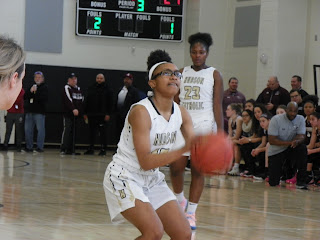 Zanai Jones always wanted to be someone who made a difference in her hometown of Jersey City.

“I take pride that I’m a Jersey City girl,” said Jones, the brilliant do-everything guard for the Hudson Catholic girls’ basketball team. “It was actually a goal of mine to be able to give back to my community. I’m from here and went to school here. I wanted to be someone who went to a good college with a good academic reputation.”

And basketball was always a part of Jones’ makeup.

“I went to a lot of the WNBA games, the New York Liberty games when they played at the Prudential Center,” Jones said. “I looked up to players like Cappie Pondexter and Essence Carson. I wondered how would I get there one day. I knew that I had to play college basketball.”

So Jones diligently worked on her overall game, especially as a talented point guard.

“As I learned more, I wanted to go to college on a scholarship,” Jones said. “I guess that became one of my bigger goals when I was in eighth grade. I wanted to be able to go to a good college for free and I wanted to play at a big-time college.”

Jones officially solidified that dream Wednesday when she gave a verbal commitment to attend Villanova on a scholarship after she graduates from Hudson Catholic in June of 2021.

Jones is coming off a brilliant junior year, where she averaged 18.6 points, 5.7 rebounds, 5.5 assists and 3.8 steals per game for the Hawks, who finished the season with a 24-5 record, including a perfect 15-0 record inside the Hudson County Interscholastic Athletic League-Red Division. Jones, who is on pace to become the all-time leading scorer in Hudson Catholic history next season, was selected as the Jim Hague Sports Girls’ Basketball Player of the Year.

Jones said that she selected Villanova over finalists Temple and Iona because of the Philadelphia school’s academic reputation.

“I always liked Villanova,” Jones said. “I wanted to go to a place where I could make a difference. There are new coaches coming in (Denise Dillon is the new coach, replacing the veteran Harry Perretta, who retired after 41 years). I could help change the program. I always wanted to be able to beat UConn. It’s a beautiful campus. I liked the academics. I just felt at home there. I could see myself going there.”

And as for the Wildcats’ program?

“I didn’t want to be at the top when I started college,” Jones said. “I wanted to make a difference. That was important to me from the start.” 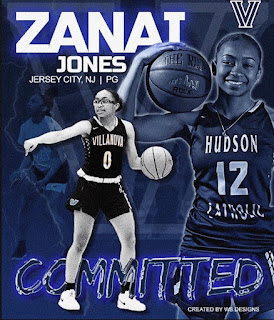 Jones said that she plans on majoring in psychology at Villanova.

“I can go anywhere with that degree,” said Jones, who is carrying a 3.7 grade point average. “I like law and the justice system. I could go straight into a Masters program.”

Jones is such an accelerated student that she will already have an associate degree when she graduates from Hudson Catholic.

“We’ve had a lot of really good guards from Jersey City, like Bobby Hurley, Alice DeFazio, Cathy Meyers O’Callahan and Kim Lee just to name a few,” Vincent said. “With Zanai, the beat goes on. She’s in that company. And everything she’s done, she’s done it on her own. She studies the game and learns the mental aspect of the game. I think that’s what puts her over the top. She may have the highest basketball IQ of anyone I’ve ever coached. That’s what enabled her to go higher and higher.

Added Vincent, “I’m proud of her. As a fellow Jersey City resident, she’s put herself in that category of the great guards. As her coach, I’ve seen the effort she’s put in every day. Very rarely, you find someone with the full package – talent, intelligence, personality. She has the ‘It’ factor.”

Jones is a member of the NJSIAA Student/Athlete Advisory Board, one of 30 students selected statewide.

Jones was able to excel last season, despite the fact that the Hawks were missing three key players who were out with season-ending injuries.

“I think that came from my will to win,” Jones said. “I had a different kind of hunger last year, a little bit of a chip on my shoulder. I think I was a little more mature, so I was able to do more. I was willing to do whatever we needed to win. I knew they couldn’t play and knew that things might have been different if they were on the court.”

The good news is that the Hawks will have a stellar roster next season with Jones poised to be the school’s all-time leading scorer.

“Zanai knows it’s not done,” Vincent said. “It’s all part of the process. I think we all knew this day was inevitable, but there’s more to do.”

Jones was glad to get her college choice out of the way now.

“It’s actually a nice relief,” Jones said. “During this pandemic, I was able to focus and make up my mind. I really had the chance to make the right decision.”

And Jones can concentrate on her schoolwork, her basketball and making her hometown proud. After all, it’s not every day that a Jersey City girl can give a verbal commitment to a big-time NCAA Division I program.
Posted by ogsmar at 3:25 PM

ogsmar
Jim has been a sportswriter for 37 years, with his first pro byline about figure skating of all things...he's moved up a little since then